Municipality Nazarje lies in the northern part of Slovenia, bordering on municipality Gornji Grad to the west, Braslovče to the east, Mozirje to the north and Vransko and Kamnik to the south.

The municipality Nazarje with 43,4 km2 and 2.664 inhabitants (on the 30.06.2007) is one of the smallest municipalities in Slovenia. Nazarje has 3 territorial units and extends over 15 settlements of the lower Zadrečka dolina, slopes of Menina, Čreta and Dobrovlje. The lower part of river Dreta frequently floods. In November 1998 a catastrophic flood damaged many houses, roads and land.

The region is formed by the pre-alps hills; the plains extend only along river Dreta and the lower part of its affluxes. The rich flora of the Sub-Alps is one of the characteristics of the area; 74% of the surface is covered by forests.

Upper Savinja valley: this name was given to the area from the Savinja spring under Okrešelj till the gorge at Letuš, where Lower Savinja valley or the depression of Celje begins. The Upper Savinja valley includes Menina, Dobrovlje, Savinja valley along the upper stream, Raduha, which continues to Golte, Gornjegrajska depression, Mozirsko kotlinico and Zadrečka valley. The valley is narrow from Luče upwards, surrounded by steep peaks. At the lower part it becomes larger and also the surrounding hills become lower. 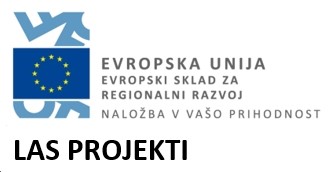